The Future of Graphene and 5G

The Future of Graphene and 5G

At the February Mobile World Congress, held in Barcelona, Spain, the close connection between graphene and 5G technology was one of the main sources of attraction. Both have been featured prominently in the news recently as new-age wonders, so it’s only natural that the two would at some point combine forces to produce some truly remarkable capabilities. That time appears to be in the very near future, as considerable research has been underway on ways that the two could support each other for mutual benefit.

Monolayer graphene has only been commercially available for about the last decade, but it has already made a powerful impact in the areas of high-speed photosensitivity, farming applications, flexible photodetectors, medical diagnostics, and water purification processes. 5G of course, has been hailed as the future of communications for several years, and is considered to be the enabling technology for both VR and AR. Some of the ongoing research has been related to finding ways that super-conductive, flexible monolayer graphene could be used to support the needs of 5G technology, to help finally achieve the breakthrough it needs.

5G technology cannot simply be scaled up from previous technology to meet the demands of high-speed communications of the future – it needs an enabling technology. Enter monolayer graphene. By late 2017, a research team at Chalmers University in Sweden had developed a method of combining graphene flexibility with terahertz detection so as to make it possible to connect the Internet of Things (IoT), via high-bandwidth technologies available in 5G. 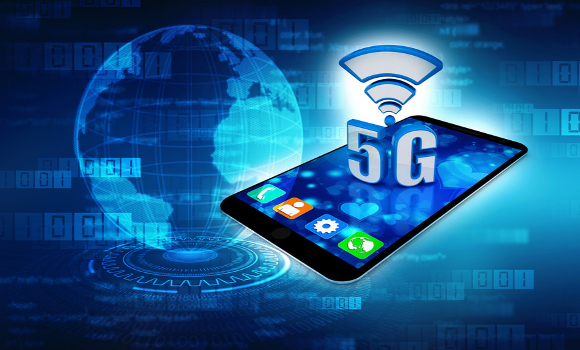 Another group of researchers comprised of Italian University specialists and commercial companies, have produced a flexible microwave device for communications which has applications for Wi-Fi, and which can also be used in millimeter wave (mmWave) technologies. And why is this important? It’s universally acknowledged that the true future of 5G technology lies in this millimeter wave technology.

Currently some of the 5G high-frequency components are made using gallium arsenide technology, but this is very costly, and has been one of the factors slowing the development of 5G. Graphene can be manufactured much more inexpensively, and its quality is at least comparable and often superior to gallium arsenide. The only thing which hinders the shift from gallium arsenide to graphene is the immaturity of the graphene supply chain – this is a technology barely 10 years old, and there are not a lot of manufacturers able to supply components in the quantity that would be needed.

The Future of Graphene

The versatility of graphene will become more and more evident in the next several years, as graphene will be used in the manufacture of a wide range of superior products such as water desalination membranes, medical diagnostic devices, smartphone displays, stretchable electronics, advanced solar cells, and others. Graphene is clearly the wave of the future, and it will be fascinating to observe its ongoing development.

Grolltex is the most advanced graphene producer in the U.S. Through patented transfer and processing methods, we are able to produce single layer graphene at a cost structure not previously known. There are currently more than 15,000 products under patent-pending status which are based on graphene technology, and that number will most assuredly be growing in the coming few years. To acquire high-quality graphene sheets for sale, or monolayer graphene, contact us with any questions you might have, or to place an order.