Incredible Graphene Breakthrough will lead to Electronic Devices of the Future

Incredible Graphene Breakthrough will lead to Electronic Devices of the Future

New discoveries about the amazing properties of the miracle material known as graphene continue to emerge, as researchers explore and learn more about what it can do. The most recent dazzling discovery is that graphene can be used to compress light down to the thickness of a single atom. While the practical significance of this may not be apparent to the casual observer, scientists understand that this latest graphene breakthrough will soon allow the production of tiny, ultra-slim electronic devices.

Most people are aware that computer chip sizes have been steadily shrinking for quite some time, but recently that steady progression has been halted by some practical limitations. Since the steady size reduction of chips has largely depended on using metals to shrink light, the spectacular progress in this area has been tied to achieving maximum efficiency from tiny metal components. 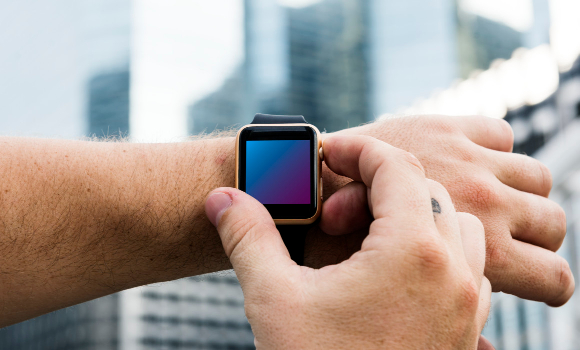 Researchers at the Institute of Photonic ScienceS (ICFO) in Barcelona, Spain have teamed up with the Graphene Flagship to discover a way to use graphene to compress light waves into even tinier forms, all without the loss of any energy. The Graphene Flagship is the EU’s biggest research organization, and its mission is dedicated to discovering the many amazing properties of graphene which might have practical uses for society.

How they did it

Initially, the team of researchers were probing for a new method of exciting graphene plasmons, but as research progressed, they discovered that the confinement factor was extremely powerful while energy loss was minimal. This encouraged them to press for the single-atom thickness and to their surprise, it was immediately successful. The ICFO team used stacks of two-dimensional materials to construct a nano-optical device, then incorporated a graphene monolayer into the structure, along with a hexagonal boron-nitride (hBN) monolayer to serve as insulation. Hexagonal boron-nitride is a ceramic material which can withstand temperatures up to 3,300 degrees Fahrenheit, and still act as an effective lubricant.

The experiment was designed to determine how plasmons propagate between graphene and metal, and when the gap between these two was reduced to the lowest possible level, graphene’s plasmons were still able to freely propagate, even though confined to a thickness of just one atom. By then applying an electrical charge the team was able to control the propagation, which provided proof of concept that light could be guided through channels which were less than one nanometer.

Implications of the discovery

Since this discovery brings the limits of light wave confinement to the thickness of a single atom, it will undoubtedly lead to the development of devices with dimensions tinier than have ever been produced before. Production of such devices will still take some time since the technology has only just been discovered, but there is little doubt that this breakthrough discovery will lead to ultra-slim, ultra-light electronic devices in the very near future.

One of the most reputable and reliable manufacturers providing both hexagonal boron-nitride and graphene sheets for sale is the highly respected international firm, Grolltex. Contact Grolltex for all your graphene needs, so your company can be using the highest quality graphene to make its own proprietary products. When the wave of lightweight, ultra-slim devices begins to dominate markets, your company can be at the forefront, with superior graphene-based products.