To no one’s surprise, the usefulness of graphene has now been applied to farming improvements, with new technology developed at Iowa State University. Ever since its discovery, the super-strong, super-conductive graphene has been used in more and more applications that can take advantage of its extraordinary properties, and this one involves using it as a sensor to monitor how much water, as well as growing time is needed by plants in order for them to maximize their growth potential.

How the Sensor Works

Researchers have been able to develop complicated patterns of graphene on a polymer block surface, either by using 3-D printing technology or through an advanced molding process. A liquid graphene solution is then applied to the polymer block so as to fill the indented patterns which were imprinted. Any excess graphene is then removed with tape, and a second strip of tape is used to remove the graphene pattern, which produces a sensor on the tape. The resulting patterns are less than five-millionths of a meter wide, which means an ultra-small sensor can be made using tape, all at a cost of pennies.

The sensors themselves are highly sensitive to moisture, which alters the material’s property relative to conductivity, and which can be used to make extremely accurate measurements of the transpiration rate of a plant. This tape-based sensor is extremely exciting for scientists conducting research on farming methods, because it represents the first practical method for a ‘wearable’ device to monitor growing conditions. The information detected by the graphene sensors can be critical in determining how to optimize a growing environment and all methods used in growing. At the same time, the monitoring process itself in no way inhibits or disrupts the life of the plant itself. 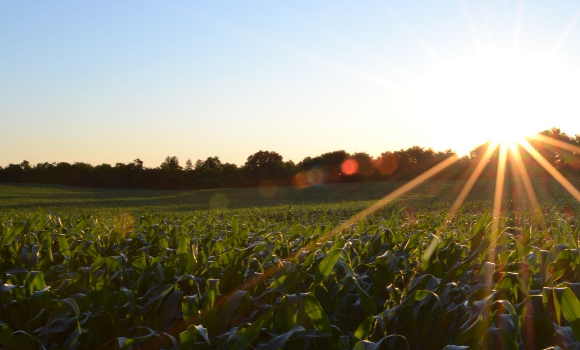 This kind of technology can enable scientists to closely monitor the presence of water at the roots of a plant, and check the progress of that moisture from the roots up to the lower-echelon leaves, all the way up to the top-level leaves on a plant, even if that plant is an 8-ft tall cornstalk. Iowa State researcher Patrick Schnable declares, “With a tool like this, we can begin to breed plants that are more efficient in using water. That’s exciting. We couldn’t do this before. But, once we can measure something, we can begin to understand it.”

Researchers have fondly nicknamed this new technology ‘plant tattoo sensoring’, and are very optimistic that it can be used in wide variety of other applications and situations. Other sensors which can be used to detect pressure and strains could come into use in the very near future as part of the wearable sensor technology. Smart gloves for instance, have already been developed which can detect hand movements and provide data about pressure and motion.

It is anticipated that in the very near future, wearable sensor technology made of graphene will find new and important uses in fields such as biomedical diagnostics, in monitoring various aspects of a given environment, for monitoring structural integrity of high-rise buildings, and for monitoring crops for the presence of disease or reaction to pesticides.