Graphene and Hexagonal Boron Nitride: A Match Made in 2D Heaven

Graphene and Hexagonal Boron Nitride: A Match Made in 2D Heaven

Within the last decade or so, two-dimensional materials have been the source of a great deal of excitement, because of their potential applications in a number of high-tech industries. Graphene is a substance which has the thickness of a single atom, and its unique structure is partly responsible for some of the extraordinary properties it has, such as ultrahigh carrier mobility, tremendous optical transparency, and extraordinary thermal conductivity. 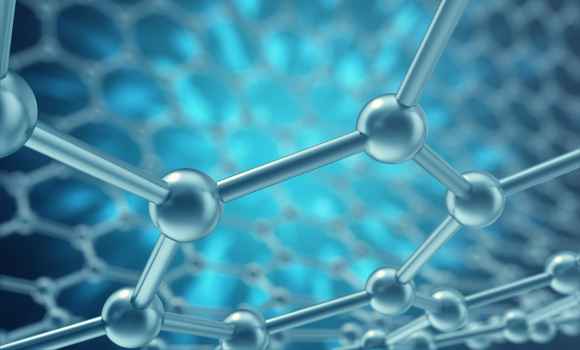 How hexagonal boron nitride can be used

Because this is one of the most stable structural manifestations of boron nitride, existing as a thin film, single layer hexagonal boron nitride has a number of very useful properties which can be used in many ways. For instance, it is very stable at high temperatures, it has extremely high strength and a low dielectric constant, and it is chemically very stable. These properties serve monolayer hBN well as a component to be used in light emission applications, electrical insulation, or in situations where extraordinary lubrication is called for, especially in unusual environments. Graphene and single layer hBN have a number of structural similarities, both belong to the family of layered materials which have structures consisting of a hexagonal lattice. Both materials have very similar interlayer distances, which accounts for them having similar properties that have great potential for use in creating specialized products.

Combined potential for the future

The really exciting thing about combining graphene and monolayer hexagonal boron nitride, is what the two substances might be able to achieve when used in a single product. If graphene were to be used with another two-dimensional material like hBN, the combination of the two different physical and chemical properties of the resulting new lattice structure, will have the potential for creating some even more exciting and powerful new products. For example, areas where such hybrid products might make great inroads are in clean energy generation and storage, biomedical devices, chemical catalysis, and photodetectors.

The discovery of graphene has caused much more attention to be focused on the properties of other two-dimensional materials, and that in turn has led to the finding of some properties such as those exhibited by monolayer hBN, and chemical vapor deposition or CVD hBN. Even more exciting discoveries are sure to be found in the near future, but for the time being, the marriage of graphene and single layer hBN holds some fascinating prospects for new high-tech products.

The leading manufacturer of high-quality hexagonal boron nitride and graphene sheets is Grolltex, the company which has provided these materials for several years, and is the most reputable and reliable producer of two-dimensional sheets of both. Contact Grolltex with any inquiries you may have, or to place an order for these cutting-edge remarkable products.